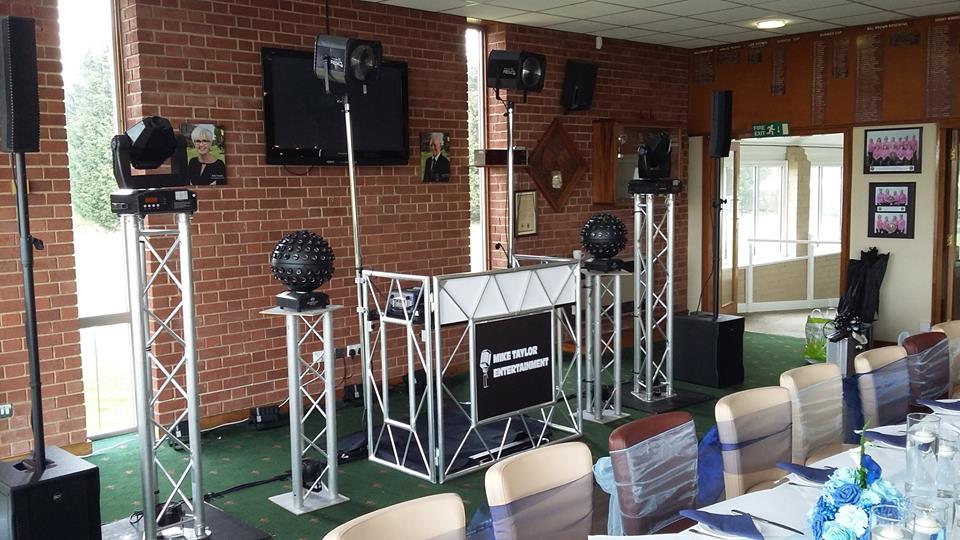 Working with elite entertainers from around the country, our goal is to make sure your event is as great as it can be, and you and your guests have a great time.

Mike, thanks for hosting our Race Night. Once again the night ran smoothly, the organisation was top notch despite the limited space available. Everyone present seemed to have a great night and plenty spent loads of cash. Look forward to seeing you again soon.

For more information on our services, please view our service pages, and if you have any questions please feel free to give one of our offices a call, or alternatively get in touch via our contact form.

Mike began his DJ career in 1975, he used to help a friend who was a DJ himself and then hired some equipment from a local DJ company to DJ at a friend’s birthday party.

He was then asked by a local DJ supply company, Roadrunner Discotheques, to work for them. His first paid “gig” was at the Cleethorpes Carnival Parade night at the Winter Gardens Cleethorpes in August 1975.

He then worked mobile and residential work in Lincolnshire and was the Saturday evening resident DJ at “Bunny’s” nightclub in Cleethorpes until 1979. In 1979 Mike won the Coveted DJ of the year award at Annabellas and then worked at The Porterhouse in Retford, Nottinghamshire.

The next step took him to Rock City in Nottingham. He then returned to his Lincolnshire roots and started Rainbow Discotheques, a mobile DJ supplier to venues throughout Lincolnshire and Humberside.

Mike also did some Roadshow work for Viking FM, and spent 4 years as lead presenter of Fresh FM interactive radio, being coaxed by Bruno Brookes’ Radio School. Mike’s prominence within the industry grew and he wanted to improve the standing of the art of the mobile DJ and formed a publishing company which produced the nationally acclaimed “Mobile DJ” magazine.

Mike won 3 national awards and was presenter/compere at established venues such as Earls Court and the NEC.

Mike was a resident DJ at the Beacholme in Cleethorpes for many years and worked alongside acts such as The Commitments, Joe Pasquale, Gerry & The Pacemakers, The Bachelors, Sean Maguire, to name a few. Mike also performed at the opening weekend of The Grimsby Auditorium, supporting Whigfield, Ultimate Khaos and the late Edwin Starr, who Mike became a great friend of.

Mike also spent 6 years as Compere/PA at Grimsby Town FC and was the presenter of the 2005/6 Coca Cola Football League Division 2 play-off at The Millenium Stadium, Cardiff.

Mike has nurtured many up and coming DJs throughout his career and still prides himself in offering the highest standard of professionalism, using the very best equipment available which is reliable, and produces the highest quality sound and light effect – Mike’s ethos throughout.

If you wish to speak to someone regarding a pre-booked event and COVID-19, please email: [email protected] and we shall respond to you as soon as possible. Unfortunately, our offices won’t be able to facilitate these conversations by phone.

Want to speak to a local entertainment expert? Call your local expert below: